There are as many as 44 million people worldwide living with Alzheimer’s Disease or a related form of dementia, but these people are not just a statistic. They are our loved ones—our mothers and fathers, aunts and uncles, grandmothers and grandfathers, and sisters and brothers.

This year on World Alzheimer’s Day, take the time to raise awareness of Alzheimer’s by understanding more about the disease, how it affects your loved ones, and what you can do to help support the people living with Alzheimer’s.

What is Alzheimer’s Disease?

Alzheimer’s disease, the most common cause of dementia, is a progressive disease that affects more than 500,000 people in Canada. Everyone’s brain is made up of billions of nerve cells that connect to each other. However, with Alzheimer’s disease, connections between these cells are lost due to proteins in the brain building up and forming abnormal structures called “plaques” and “tangles.” This eventually causes the nerve cells to die, leading to lost brain tissue.

Beyond this, there are also chemicals in the brain that help send messages between different brain cells. However, with Alzheimer’s, people have fewer of these chemical messengers and the signals are not passed on as effectively. The combination of loss of brain tissue and the lack of chemical messengers in the brain are what cause the symptoms of Alzheimer’s. Because it is a progressive disease, as more brain tissue is lost, the symptoms only worsen over time.

What are the Stages and Symptoms of Alzheimer's?

In the early stages of the disease, memory lapses are the main symptom. Some signs to look for in this stage include:

There are also often signs of mood changes, such as increasing anxiety or agitation, or periods of confusion. 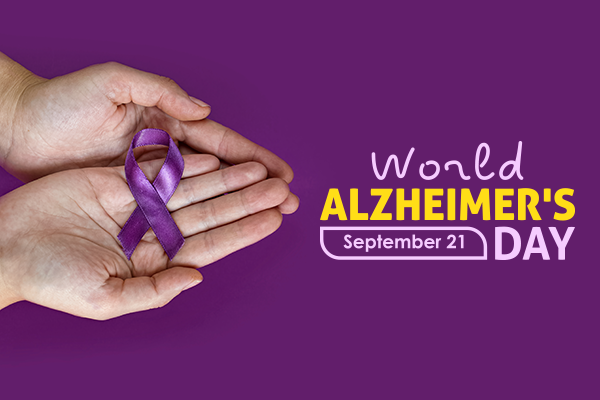 As the disease progresses, memory problems will get worse, possibly causing the person with Alzheimer’s to find it increasingly difficult to remember the names of people they know. They may also struggle to recognize their family and friends. Some signs to look for in this stage include:

At this stage, someone with Alzheimer's disease usually needs support to help them with everyday living. For example, they may need help eating, washing, getting dressed, and using the toilet.

In the later stages of Alzheimer’s, symptoms become increasingly severe and may be distressing for the person, as well as their friends, family, and caregivers.

While hallucinations and delusions can appear throughout the course of the disease, they may become worse as the condition progresses. Sometimes this can cause people with Alzheimer's to be violent, demanding, and suspicious of those around them. Some signs to look for in this stage include:

At this point in the disease, people with Alzheimer’s may need full-time care and assistance with anything from personal care to moving around.

How Can I Support People with Alzheimer’s?

One of the best ways to support people with Alzheimer’s Disease is to be educated and spread your knowledge with others to help raise awareness. You can also participate in Alzheimer’s awareness events such as seminars, benefits, and fundraisers.

For more information on how you can get involved with spreading awareness for Alzheimer’s, click here.