All around the world, the holiday season is one of the most beloved times of the year, filled with family, fun, and festivities.

Read on to learn about the variety of holidays celebrated in different countries and cultures that make this season so special.

A Brief Breakdown of The Highlights of the Holiday Season

Advent is a season of the Christian liturgical year that is observed in the weeks leading up to Christmas. It is a time of preparation, anticipation, and reflection, as Christians prepare to celebrate the birth of Jesus Christ.

The word "Advent" comes from the Latin word "adventus," which means "coming." During Advent, Christians focus on the coming of Jesus as the Messiah, the Son of God, who came to redeem humanity and bring salvation. Advent is a time of spiritual preparation for Christmas when believers reaffirm their faith and rededicate themselves to following Christ.

Advent is typically observed as a period of fasting, repentance, and spiritual discipline in the weeks leading up to Christmas.

Many Christian denominations also observe Advent by lighting an Advent wreath, which is a circle of evergreen branches with four (sometimes five) candles representing hope, peace, joy, and love. The candles are lit one at a time, each Sunday of Advent, as a reminder of the hope and expectation that Jesus' birth brings.

Advent starts on the Sunday closest to November 30 and ends on December 24. This year, in 2022, Advent began on Sunday, November 27.

St. Nicholas Day, also known as the Feast of St. Nicholas, is a Christian holiday that honours St. Nicholas, a 4th-century bishop who was known for his kindness, generosity, and love for children.

In many countries, St. Nicholas Day is a time to exchange gifts and treats and celebrate the spirit of giving.

Children in some parts of Europe and North America may put out their shoes at night to find them filled in the morning with small gifts or treats from St. Nicholas, who is also known as Santa Claus or Kris Kringle. Some people also attend church services or participate in other religious activities to honor St. Nicholas on this day.

When is St. Nicholas Day?

St. Nicholas Day is on December 5th for some countries and December 6th  for others.

Hanukkah, also spelled Chanukah or Chanuka, is a Jewish holiday that celebrates the victory of the Maccabees over the Greek-Syrians and the rededication of the Temple in Jerusalem.

It is also known as the Festival of Lights because it is customary to light a nine-branched menorah, or candelabra, each night of the holiday.

During Hanukkah, Jews remember and honour the miracle of the oil that occurred during the rededication of the Temple.

According to tradition, when the Maccabees purified and rededicated the Temple, they found only a small amount of oil to light the eternal flame in the Temple.

Miraculously, the oil burned for eight days, until more oil could be obtained. In commemoration of this miracle, Jews light the menorah for eight nights, adding one candle each night.

It is for this reason that Hanukkah lasts for eight nights. 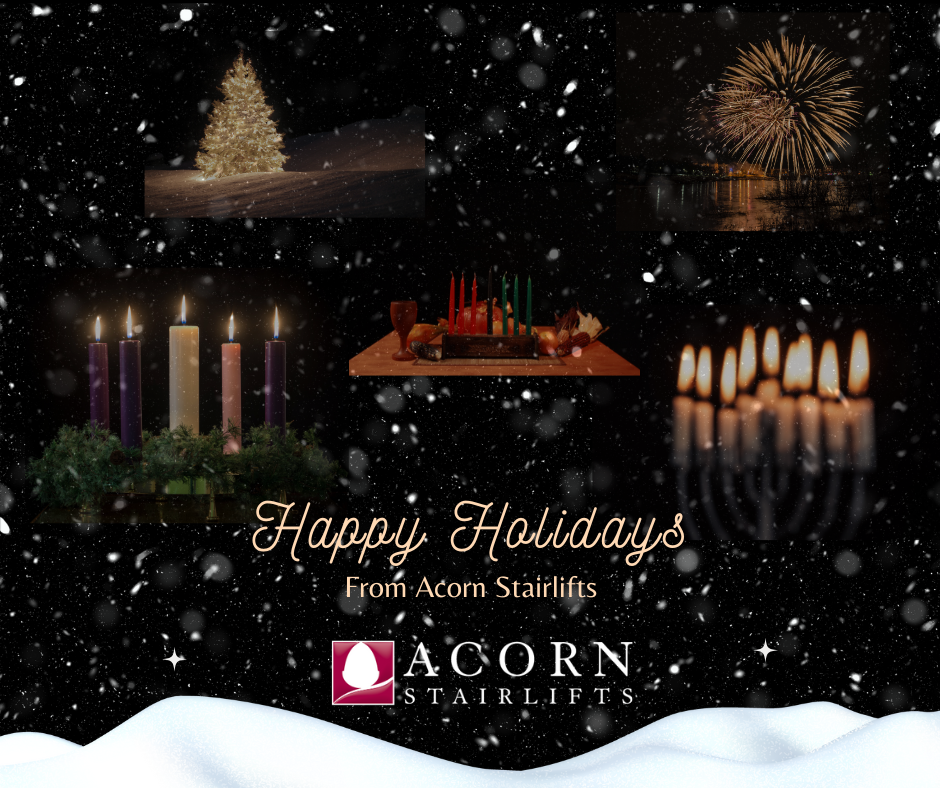 This means that, based on the Gregorian calendar, the dates are different every year. This year, however, Hannukah 2022 begins on Sunday, December 18th and continues through Monday, December 26th.

Christmas is a holiday that commemorates the birth of Jesus Christ.

It is observed each year by Christians around the world, as well as by many non-Christians who celebrate the holiday for its cultural significance.

During Christmastime, many people decorate their homes and trees with lights, ornaments, and other festive decorations.

Christmas music, carols, and hymns are often played, and people exchange gifts with loved ones and attend special church services.

In many countries, it is also a time to spend precious time with family and enjoy special foods and traditions.

For example, In the United Kingdom and other parts of the Commonwealth, it is a public holiday and a day off work for many people. In some countries, it is a time for sports events, such as horse racing and soccer matches. In others, it is a time for shopping and sales, as retailers offer discounts and promotions.

However, wherever it is celebrated, it is generally a time to relax, spend time with loved ones, and perhaps enjoy some sports or shopping.

When is Boxing Day?

Boxing Day is on December 26th.

Kwanzaa is a cultural holiday that celebrates African-American heritage and traditions. It was created in 1966 by Maulana Karenga, a professor of Africana Studies, as a way to give African Americans an opportunity to celebrate their cultural roots and reaffirm their commitment to family, community, and cultural values.

It is not a religious holiday, but it is based on seven principles, known as the Nguzo Saba, which are meant to guide and inspire African Americans in their daily lives. These principles are: Umoja (unity), Kujichagulia (self-determination), Ujima (collective work and responsibility), Ujamaa (cooperative economics), Nia (purpose), Kuumba (creativity), and Imani (faith).

During Kwanzaa, African Americans may participate in traditional rituals and ceremonies, such as lighting the kinara, a seven-branched candelabra, and exchanging gifts. They may also engage in cultural activities, such as storytelling, music, and dance, and participate in community gatherings and feasts.

Kwanzaa begins on December 26 and lasts through January 1.

New Year's Eve is a time for people to come together and celebrate the end of one year and the birth of another.

It is a time for reflection, for looking back on the events and experiences of the past year, and for making resolutions for the year to come. Many people take this opportunity to set goals for themselves and make plans for the future.

People all around the world mark the occasion in different ways. For example, in many countries, it is traditional to have parties and celebrations that last late into the night. People may watch fireworks displays, attend concerts or other events, or have dinner parties with friends and family.

New Year’s Eve is a time that represents hope, making plans and setting goals, and looking forward to the future with optimism and joy.

When is New Year’s Eve?

New Year’s Eve takes place on December 31. It is the first day of the year in the Gregorian calendar, which is the most widely used calendar in the world.

New Year's Day is a public holiday in many countries, and it is a time for people to come together with friends and family to celebrate the start of the new year.

Many people mark the occasion by having parties, attending special events, or watching fireworks displays. Some people also make resolutions, or commitments to change certain aspects of their lives, as a way of starting the new year off on the right foot.

The celebration of the start of a new year is a universal human experience, as people around the world come together, looking forward to the future and the opportunities that it will bring them.

When is New Year’s?

El Día de los Reyes, also known as Epiphany or Three Kings' Day, is a holiday that is celebrated in many Spanish-speaking countries and by people of Hispanic heritage around the world. It is a Christian holiday that commemorates the visit of the three wise men, or magi, to the baby Jesus.

El Día de los Reyes is a public holiday in many countries, and it is a time of celebration and festivities. It is traditional to exchange gifts on this day, and it is common to give small gifts to children or exchange gifts with loved ones. It is also a time for special foods and traditional customs, such as parades and the singing of carols.

Happy Holidays from Our Acorn Family to Yours

No matter what holidays you celebrate, Acorn Stairlifts wants to wish you a Happy Holidays from our family to yours!